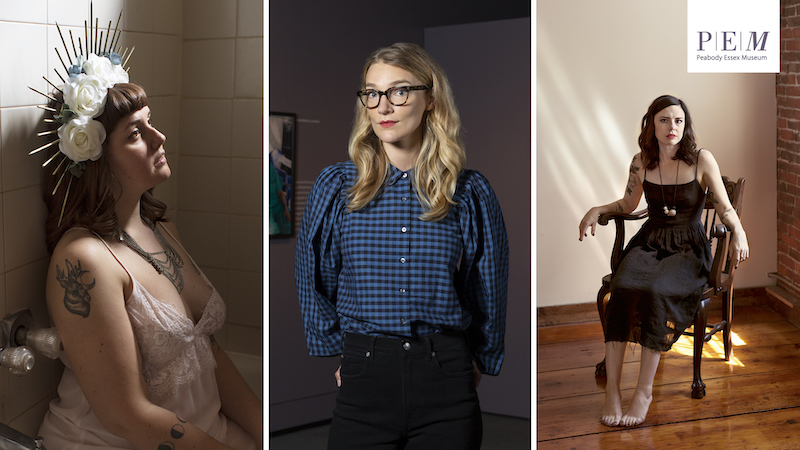 What does witchcraft mean today? Join contemporary photographer Frances F. Denny in conversation with Erica Feldmann and Melissa Madara, subjects from her series Major Arcana: Portraits of Witches in America, on view in The Salem Witch Trials: Reckoning and Reclaiming. This program is hosted by Lydia Gordon, the exhibition’s co-curator.

ABOUT THE PRESENTERS Frances F. Denny is an artist whose work investigates female identities and is represented by ClampArt in New York City. Her first monograph, Let Virtue Be Your Guide, was published in 2016 by Radius Books. Her second book, Major Arcana: Portraits of Witches in America, was released November 2020 by Andrews McMeel Publishing. Denny’s work has appeared in The New York Times, The New Yorker, Elle, Cherry Bombe, and Architectural Digest, among others. She lives in New York.

Melissa Jayne Madara is a witch, herbalist, chef and storyteller. They are the author of the upcoming magical cookbook, The Witch's Feast, as well as a co-owner at Catland Books, and editrix of Catland's in-house magazine, Venefica. As an occultist, Madara’s work and research deals primarily with ancient religions of Eastern Europe and the Mediterranean coast, divination, herbal magic, and work with poisonous plants.

Erica Feldmann is the founder of HausWitch Home and Healing and co-founder of Witch the Vote. She holds a Master's degree in Gender and Cultural Studies, with a research concentration in Witches. Her innate interest in the connection between home spaces and wellness led to the creation of HausWitch in 2012. What started as an interiors blog would eventually become a thriving brick and mortar shop and online community based in downtown Salem, MA. In 2019 Harper Collins published her book "HausMagick: Transform Your Home with Witchcraft." A Gemini Sun, Pisces Moon and Scorpio Rising, Erica lives with her wife and two cats in the heart of Witch City.