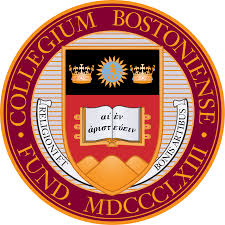 Heather McGhee: The Sum of Us: What Racism Costs Everyone and How We Can Prosper Together

What if, in the middle of your live TV appearance, someone asked for advice on overcoming racial prejudice? For Heather McGhee, the response was natural: she helped. Her deeply personal experiences come together in The Sum Of Us: What Racism Costs Everyone and How We Can Prosper Together. An analysis of how we arrived at this divided nation, The Sum of Us illuminates how racism is at the root of some of our most vexing public problems, from collapsing infrastructure to rising student debt. But at the heart of the book are humble stories of people yearning to be a part of a better America, including white supremacy’s collateral victims: white people themselves. Hailed as “illuminating and hopeful,” the critically acclaimed book spent 10 weeks on The New York Times bestseller list and was longlisted for the National Book Award and the Carnegie Medal for Excellence in Nonfiction. It will soon be adapted into a Spotify podcast series by Michelle and Barack Obama, as well as a young adult reader’s version by Random House Children’s Books.

For nearly two decades, McGhee helped build the non-partisan “think and do” tank Demos, serving four years as president. Under her leadership, Demos moved their original idea for “debt-free college” into the center of the 2016 presidential debate, argued before the Supreme Court to protect voting rights in January 2018, and provided expert testimony to Congressional committees, including a Supreme Court confirmation hearing.

An influential voice in the media and an NBC contributor, McGhee regularly appears on NBC’s Meet the Press and MSNBC’s Morning Joe, Deadline White House, and All In. Her opinions, writing, and research have appeared in numerous outlets, including the Washington Post, New York Times, Wall Street Journal, USA Today, Politico and National Public Radio.

Cosponsored by the Boston College Winston Center for Leadership and Ethics, Park Street Corporation Speaker Series, the PULSE Program for Service Learning, and the Forum on Racial Justice in America .